Part 3 of a blog series written by undergraduate students at James Cook University, who undertook research on objects in the Museum of Tropical Queensland’s maritime archaeology collection as part of the 2017 topic AR3008 Boats and Beaches.

Coolangatta was built by John Brinksell in 1843 in Shoalhaven, New South Wales (NSW) (Davidson 2014). It was commissioned and owned by Alexander Berry, who named the brigantine sailing vessel after his property in the area (Potts 2010). The boat’s life was largely spent transporting goods up and down the eastern coast of Australia, bringing materials such as coal to the north and most often returning to Sydney with a cargo of timber (Potts 2010). At the time of the wrecking of Coolangatta, it had recently delivered coal to Brisbane and was starting its return trip back to Sydney when it was wrecked. On 19 August 1846, Coolangatta was driven ashore during a gale as it attempted to enter the Tweed River (Davidson 2014). The ship was abandoned by the crew and Captain Steele, after it was stripped of any removable gear and rigging (Davidson 2014). A couple of months later there was an attempt to repair the vessel, with Brinksell being brought up from NSW to repair the damage on the port side (Davidson 2014). However, shortly after the wreck was lifted onto rollers, another gale forced it into a worse position and the keel broke, ending any hopes of repairing the ship (Potts 2010).

MA5331 is a remnant of a piece of copper-alloy sheathing believed to be from the Coolangatta shipwreck. Coolangatta was sheathed with copper alloy commonly referred to as Muntz metal, which was invented in 1832 by George Frederick Muntz and was manufactured in Birmingham (McCarthy 2005). The original patent of the alloy had a composition of 60% copper and 40% zinc, though in 1846 the patent expired, opening up the market to new competition (McCarthy 2005). Muntz’s attempt in 1846 to regain control over the yellow metal market (as Muntz metal was often referred to) included a new patent, which changed the composition of the alloy to include lead, at a ratio of 56% copper, 40.75% zinc, and 3.25% lead (Davidson 2014). Therefore, while Coolangatta was certainly built in a time in which Muntz metal would have been used as sheathing, it was unlikely to contain lead in the composition of the sheathing, as it was built before the expiration of the patent (Davidson 2014).

The ship was refit in May of 1846, and again repaired in July of the same year, but there is little information as to the nature of these repairs and whether they involved the sheathing. With the timing of the new patent of Muntz metal, it is unlikely that sheathing with the new composition including lead would have been available in Australia at the time of the wrecking of Coolangatta (Davidson 2014). Therefore, it’s surprising that lead was identified within the composition of the sheathing that was taken from the site believed to be that of the Coolangatta shipwreck (Davidson 2014). This identification, as well as the doubts of historians who believed Coolangatta went down on another beach, causes confusion over the identity of the shipwreck MA5331 originated from.

There has been suggestion that the shipwreck identified as Coolangatta in fact belongs to another ship. Heroine was built in 1894 in Nambucca River, NSW, by Edward Davis, and was a wooden carvel-built schooner (Davidson 2014). The ship was built for W.S. Preddy and was used for commercial purposes, with the primary route being to New Zealand until it was sold after being damaged in storms and repurposed for coastal trade by a Mr. Langley (Davidson 2014). This placed Heroine on its route up the east coast carrying 150 tons of coal for a destination up the Tweed River in 1897 (Davidson 2014). On 25 July, the ship dragged its anchors and ended up beached just north of Point Danger (Davidson 2014). The ship was named a total loss, and was sold at auction with little information found as to its fate afterwards (Davidson 2014). 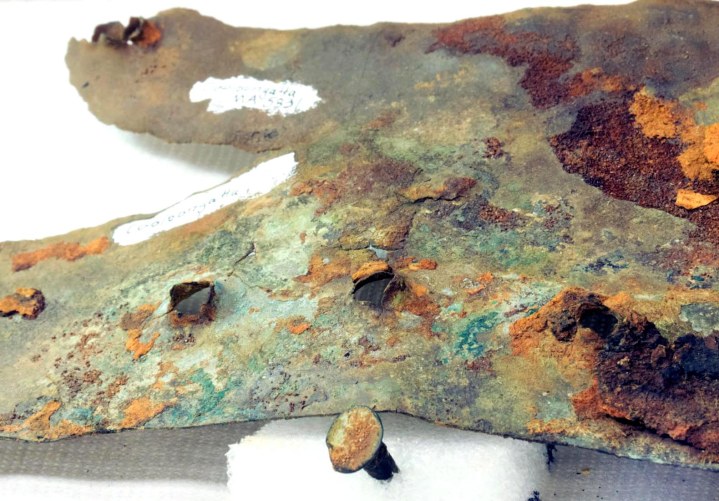 Studies of what is believed to be the Coolangatta shipwreck have recently supported the idea that it may actually be that of Heroine (Davidson 2014). They both were beached in a similar area, and with mentions of the wreck appearing in the early 20th century through to the present, it’s possible that what has been identified as one is actually the other. Davidson’s (2014) Master’s thesis postulated that due to the presence of lead in the copper-alloy sheathing found in the wreck as well as the identification and geographical origins of the timber species used in its construction, it’s more likely that the wreck is that of Heroine. Therefore, perhaps the identity of MA5331 as originating from the shipwreck of Coolangatta should be reconsidered, or its composition tested for further details regarding the artefact itself. It certainly arises from a mysterious past that may be difficult to rediscover due to the scattered nature of the artefacts associated to the same wreck. 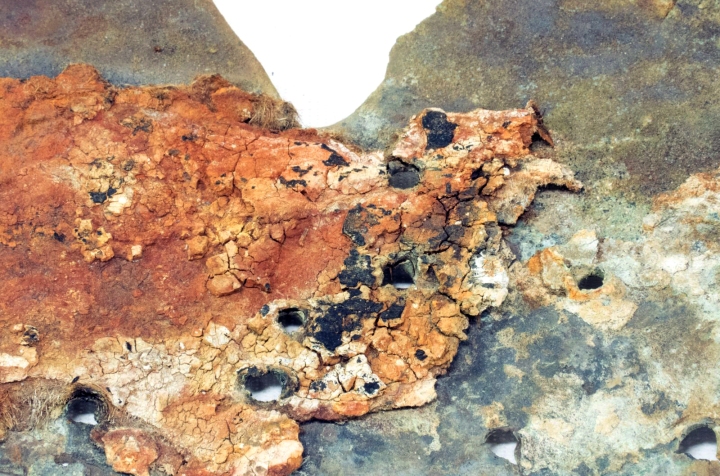 The significance of MA5331 is largely based in its historical context. It does not have unusual qualities for a piece of copper-alloy sheathing, neither is it a perfect example of this material, as it’s in partial condition. While interesting to look at, it does not have aesthetic value, nor does it have any social or spiritual significance. This piece of copper-alloy sheathing has a historical significance in its connection to a shipwreck with a long history. While there’s much mystery regarding the site, and its condition is very poor, there is the ability for interpretation and further research of the original ship through study of the sheathing. The composition of the sheathing itself and its identity as Muntz metal reveals much of the time of creation of the sheathing and/or re-metaling of the ship it belonged to. Therefore, the significance of this particular artefact lies in its historical background and the potential for interpretative use and research in the identification of the shipwreck it originated from. The composition of MA5331, if analysed, could provide information on the identity of a wreck that has been disputed for years. As is the case with many historical artefacts, there is much hidden beneath the surface of such a seemingly simple object.

This copper-alloy sheathing and other objects from the Queensland Museum’s maritime archaeology collection can be viewed on Collections Online.