One hundred years ago, spare parts for aircraft were difficult to find. There were few operational aircraft in Australia, and the new era of air travel was only just dawning around the world. So when Sir Ross Smith and Sir Keith Smith needed new engine components and a new propeller for their Vickers Vimy, in which they had become the first people to fly from England to Australia, they received an offer from Queensland Rail to manufacture the required parts at the Ipswich Railway Workshops. The required repairs resulted in a month of public engagements in Brisbane and further celebrations for the flight crew.

On 12 November 1919, pilots and brothers Ross and Keith Smith, with mechanics Wally Shiers and Jim Bennett, left Hounslow, near London, bound for Darwin in their Vickers Vimy bi-plane bomber, carrying the registration ‘G.E.A.O.U’, known as ‘God ‘Elp All Of Us.’ The aircraft, with its two Rolls Royce Eagle Mark VIII engines, carried the crew 17,910 kilometres across France, Italy, Greece, Egypt, Syria, Iraq, Pakistan, India, Myanmar, Thailand, Malaysia, and Indonesia through difficult weather and landing conditions at an average speed of 137kph. They landed successfully in Darwin on 10 December and claimed the £10,000 prize awarded by the Commonwealth government as the first crew to fly from England to Darwin. 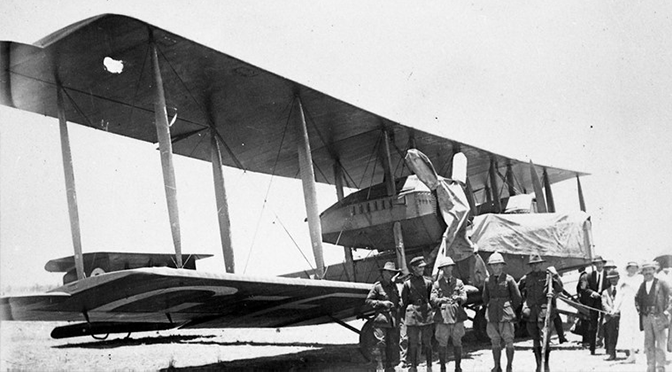 Although they managed to complete the arduous flight from England to Australia in just 28 days, it took them almost twice as long to make their way from Darwin to Sydney. With the tired engines needing an overhaul but the wet season looming, the crew pushed on out of Darwin, hoping to reach Sydney in 5 days. However, after 11 days in hot conditions and with numerous running repairs, the damaged port-side propeller had split through and when leaving Charleville, there was a bang and a flash of fire out of the port-side engine and multiple parts were needed to repair it.

Offers of assistance came in from around the country. Famous overlander Francis Birtles said he could drive a new propeller and parts from Sydney. The Vickers Vimy crew sought spare parts around Australia, but could not secure what was necessary, knowing what they needed could be shipped from London. The Defence Department offered some of their aircraft so that the crew could complete their flight to Sydney and the other capital cities, leaving the Vickers Vimy behind. In the end, Ross Smith accepted the offer of assistance from James Walker Davidson, Commissioner for Railways, for new parts to be manufactured at the Ipswich Railway Workshops so that the Vimy could be repaired and complete its journey. 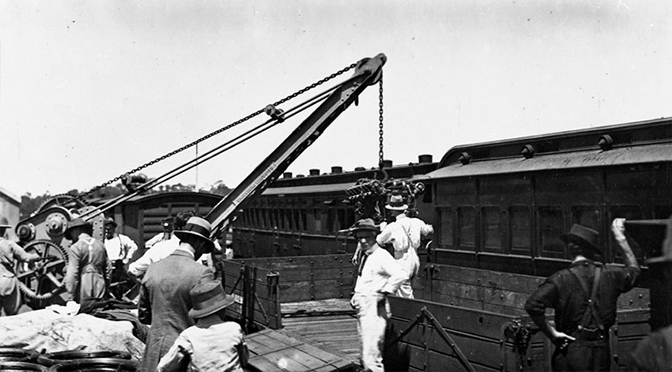 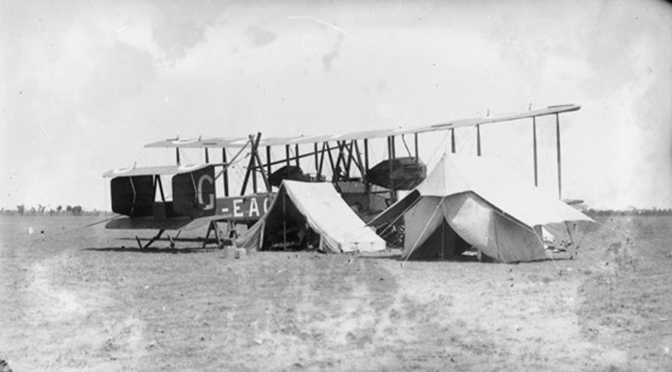 The damaged engine and propeller were loaded on to rail cars and they arrived, along with Ross and Keith Smith, and mechanic Jim Bennett in Ipswich on 2 January 1920. Chief Mechanical Engineer C F Pemberton took supervision of the engine and propeller when they arrived at the Ipswich Workshops. Accounts suggest that Jim Bennett stayed at the Workshops as he was never far from the engine. Sir Ross and Sir Keith stayed at Bellevue Homestead.

The Workshops staff set to work on their projects. They did not have patterns or drawings to work from for the propeller or the engine connecting rods, so they were required to make exact copies based on the existing parts in front of them. According to Workshops records, the Pattern Shop used “nine layers of Queensland maple, stuck together with hot animal glue” to make the new propeller. The alloy connecting rods were forged with the same attention to detail and the Workshops built a stand for the engine and propeller to be tested on. 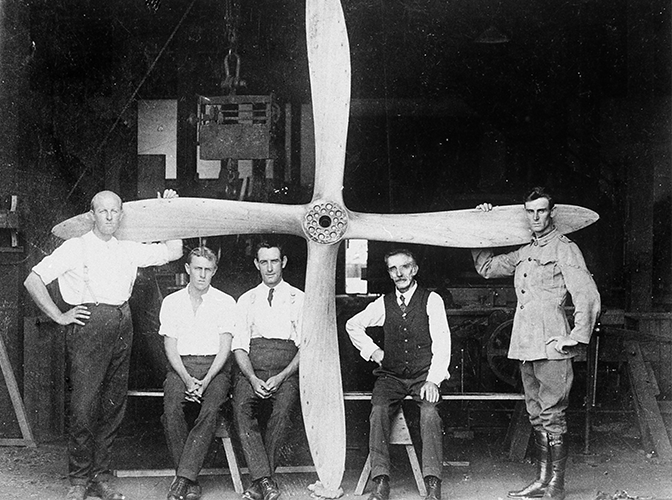 Pattern Maker Guy Page souvenired two pieces of timber from the damaged Vimy propeller and made them into straight edges, using them for his trade at the Workshops. H11250. Photos by Peter Waddington, Queensland Museum Network. 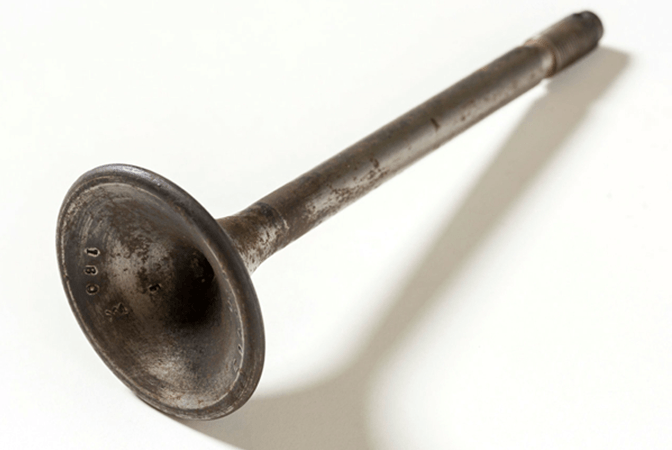 A valve inlet believed to have been souvenired from the damaged Rolls Royce engine during its time at the Ipswich Workshops for repairs. H295. Photo by Peter Waddington, Queensland Museum Network.

Another souvenir from the airmen’s visit to Brisbane, a small block of Queensland Maple, signed on one side by Sir Keith Smith and on the other by Sir Ross Smith. Thomas Macleod Queensland Aviation Collection H22425. Queensland Museum Network.

While the work was underway, Brisbane took its opportunity to celebrate the achievements of the crew. Sir Ross Smith’s and Sir Keith Smith’s public engagements included a dinner at Government House, a reception at Brisbane Town Hall with Mayor Alderman McMaster, luncheons with The Returned Soldiers’ League and at the Queensland Club, dinner at the United Service Institution, and the presentation of an illuminated address by the King and Empire Alliance.

On 12 January, the aviators were entertained at a dinner held in their honour by the Queensland Section of the Australian Aero Club. As the Brisbane Courier described:

The distinguished aviators were entertained at a dinner at the Belle Vue Hotel last night by the Queensland Section of the Australian Aero Club, Mr J J Knight (president) occupying the chair. The table was appropriately decorated with the Australian Flying Corps’ colours – royal blue, maroon, and light blue – streamers being suspended from a shield, with the motto ‘Per ardua ad astra’, to the ends of the table. Overhead was a line of triangular shields, with the names of all the stopping places along the line of route. A miniature Vickers Vimy aeroplane was electrically driven over the heads of the guests, and on arrival at the end where the Australian Arms were displayed was greeted by the band playing ‘Australia Will Be There’. The table was decorated with crimson roses and candles softened with red, white and blue shades. The toasts honoured were ‘The King’, ‘Our Guests’ and ‘Future Aviation in Australia’. A tribute was paid to the distinguished airmen by Major Macleod, O.B.E., Lieut. Bowden Fletcher, D.F.C., Major V D Bell, O.B.E., and the chairman, this being the first gathering of airmen to greet the aviators in Australia, a number of those present being comrades of the guests Sir Ross’s and Sir Keith’s speeches were particularly appropriate. 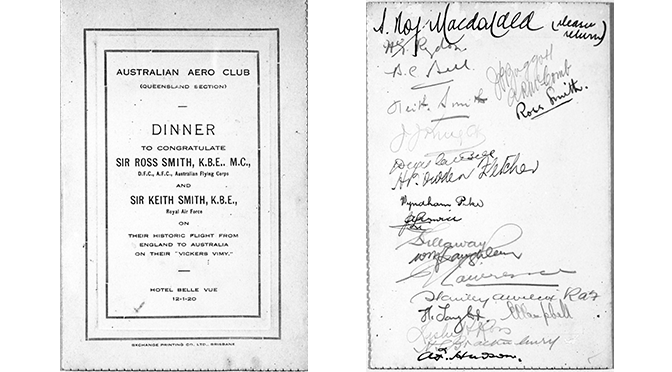 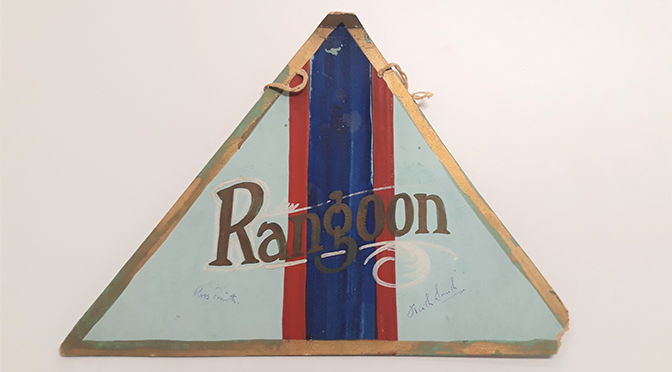 With the propeller and engine repairs complete, it was decided to hold a public test of the assembly at the Workshops on Saturday 31 January 1920, from 3:00pm. A special train was arranged to bring the public from Ipswich Station to the Workshops, and admission of sixpence (6d) was charged with proceeds going to the Ipswich Hospital and Ambulance Funds. It is estimated that a crowd of over 1000 people attended the engine test, as it was reported that 28 pounds, seven shillings, and threepence was raised in admission.

On what became known as ‘the day of the big wind’, the Queensland Times reported “Sergeant Bennett was seen making several adjustments adjacent to the engine. The object thereof was revealed a couple of seconds later when the propeller assumed a wonderfully increased rate of speed, which was accompanied by a dinning whir.” The success of the engine repairs were proved in the running of the engine from most of the afternoon, with the crowd impressed by its loud roar and cyclonic wind blast. 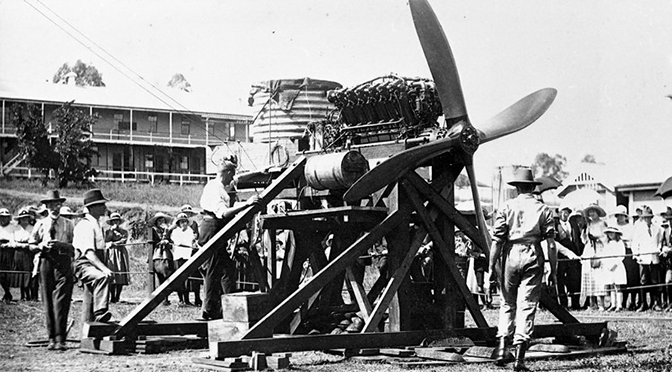 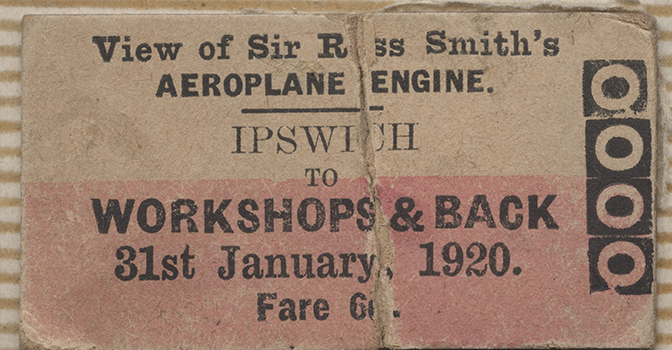 The engine, propeller, and crew returned to Charleville by train and proceeded on their route to Sydney where more celebrations were held in their honour. Their unscheduled stops in Queensland had proved entertaining and interesting to the public in Brisbane and Ipswich, who had seen little of aviation at that time. One hundred years later, an average of 2,977 domestic aircraft and 729 international aircraft move through Brisbane Airport each week.