This blog post is part of an ongoing series titled Connecting with Collections. The series offers readers a peek inside collections at the Museum of Tropical Queensland, highlighting objects and their stories. 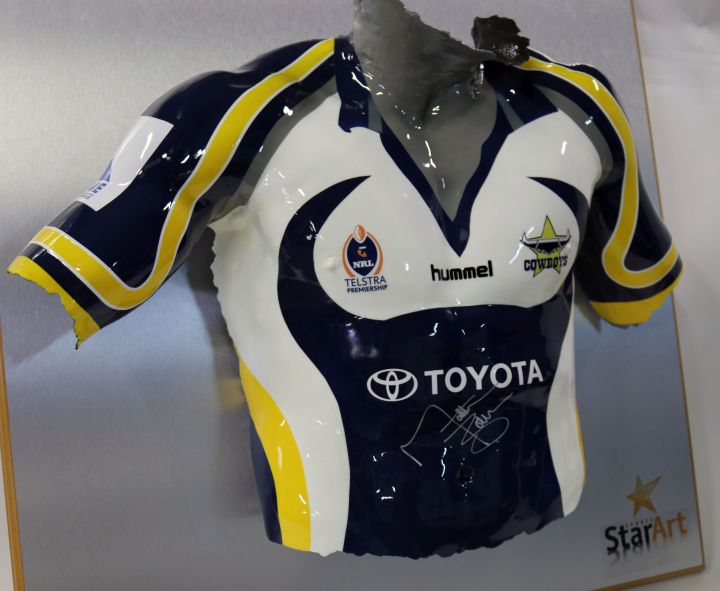 Like most Queenslanders, I grew up knowing that Rugby League was a central part of life. I remember sitting with my dad watching the Friday Night Footy, the entire family wearing jerseys or team colours as good luck charms.

North Queenslanders – dare I say it – might even be some of the most passionate out of all rugby supporters. You can’t walk down Townsville’s main street without noticing the Cowboys Leagues Club situated right in the centre of town, and on a game day it’s completely normal that 80% of people hanging around town are wearing some sort of Cowboys merchandise.

While the Cowboys didn’t quite make it into the NRL Grand Final this year, the rugby league spirit was still alive in Townsville in the lead up to the match last week. In tune with recent finals season, have a look at something we have tucked away in our collections – a very different kind of museum object.

WHEN ART AND RUGBY COLLIDE

These two icons – the Museum and the Cowboys team – have a longstanding relationship aimed at assisting the local community, and advocating for education, accessibility and innovation.

As such, in 2006, a project between the two was developed: the Sports Star Art Torso Casting Project. Sports Star Art was a world-first, contemporary concept in sporting memorabilia. Six local Cowboys players had their torso’s cast in plaster, to raise funds for the development of the ‘Archie’s Shipwreck Adventure’ children’s exhibition at the Museum of Tropical Queensland.

Matt Bowen – affectionately called Matty by his fans – a former Cowboy and one of the teams most valued and popular players, was one of the six immortalised in plaster. 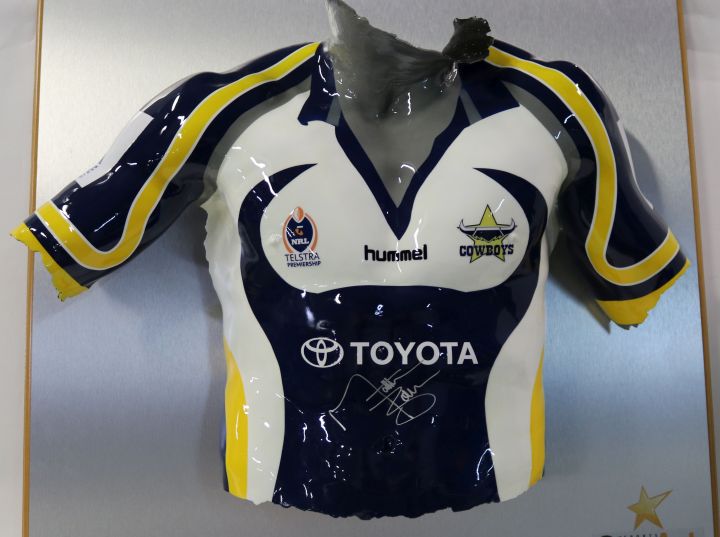 The plaster casts were made at the Museum in March 2006. The players were positioned in a hospital bed, their arms and torso’s coated in dental alginate, for 45 minutes while the casts set.

That was the easy part – the casts then had to be removed from the players’ bodies, slowly so that (hopefully) only a minimal amount of body hair would be removed with the plaster. 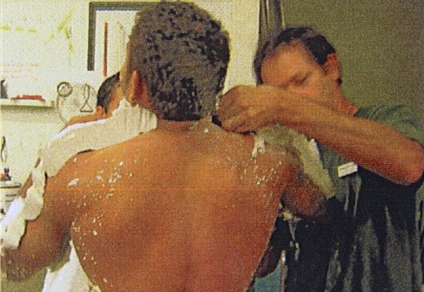 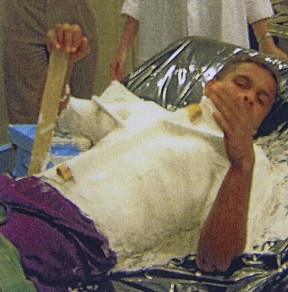 Matt Bowen commented that the removal, “pulled every bit of hair I had on my chest – and it hurt”. 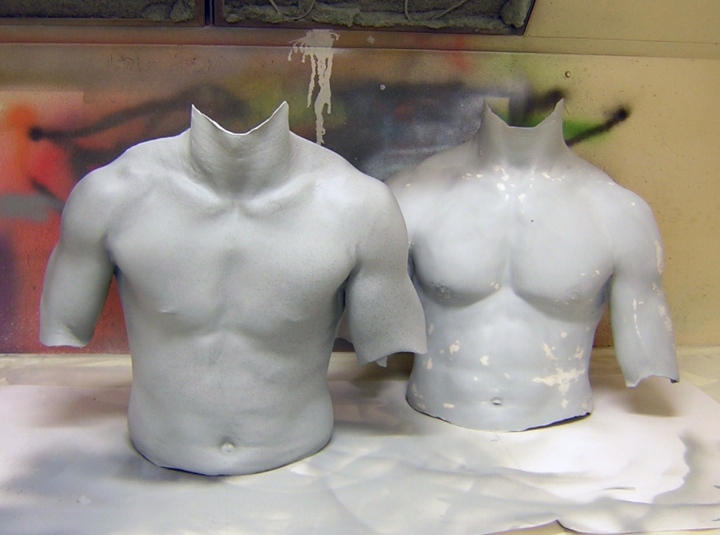 Once the cast was removed, the museum displays preparator dried the cast, and applied both fibreglass and resin. Once set, the plaster was broken away from the outside, the cast was sanded, and then airbrushed to match the Cowboys uniform.

The final contribution for this item was Matty Bowen’s signature. Bowen’s torso then became a permanent part of the museum’s collections, and the five remaining casts were auctioned off at the Museums fundraising event for the new exhibition. 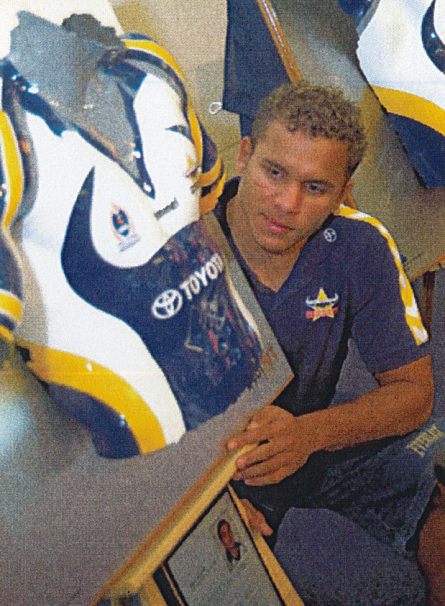 People often assume they’ve seen it all when it comes to museum collections. But I guarantee they’ve never seen Matty Bowen’s torso at another museum.

One thought on “Cowboys in the Museum”